SIANE: Seals and their impressions in the ancient Near East

This project, with the University of Oxford, aims to capture cylinder seals and carry out an imaging campaign to create a large data set. We designed and built a special system to capture the seals, which are rotated on a small computer-controlled turntable: 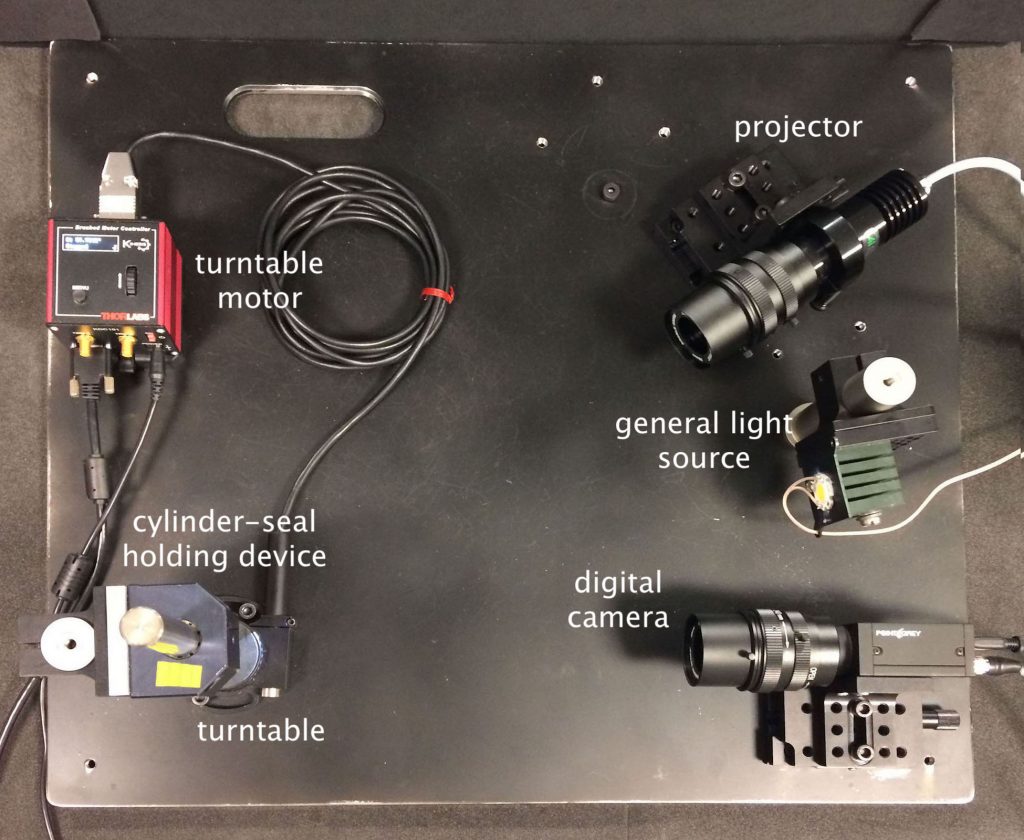 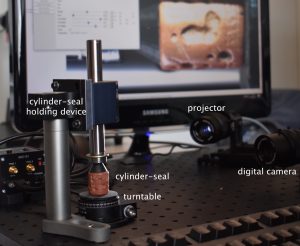 We are currently investigating the use of a structured light technique to image the seals and produce “roll-outs”. Click here for more images. 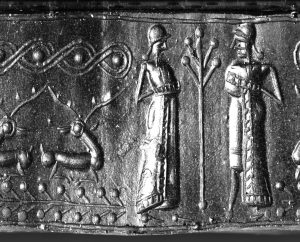 Early scan of a replica seal to test resolution and quality

Our initial system uses structured light and a fast usb3 camera to obtain strips of image which can be used to generate a 3D surface. Future work is searching for features, a web viewer and speed improvements so the team can capture hundreds of seals.. 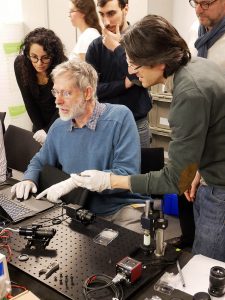 In march 2021 the Siane scanner went on a trip to Yale: 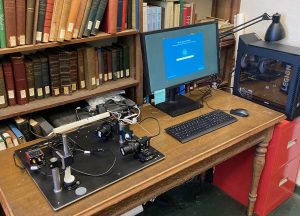 This one was completed and installed in Oxford: 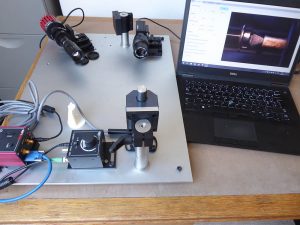 version 2 before its base-plate was painted black